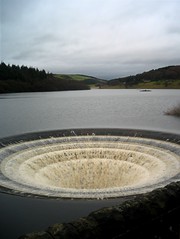 I was speaking with Michael Stonebraker this morning.  I mentioned that lately many have been referencing comments he has made over the last couple of years.  And I also mentioned that many had interpreted them as he was implying the RDBMS is “doomed”.  Mike has been saying the same thing for years, but the current NoSQL movement seems to have picked up on this and highlighting one of the RDBMS's own pioneers is predicting its demise.

I asked Mike to clarify this.  My interpretation of his response is as follows.  I understand that he doesn’t believe the relational database itself is doomed.  Instead the current general purpose implementations, or “elephants” using his words, were out of date.  By moving away from a historical GP function into something more specific in focus, either in transaction processing or analytics, you can easily get 50x performance improvement over GP RDBMS.  This doesn’t necessarily mean moving away from the “relational” nature, but instead changing some core design principles for how a RDBMS is implemented.  It is this improvement factor that will see “new” specialist platforms overtake “old” general purpose platforms.  That is gradually, over time.  However Mike also mentioned the relational data model doesn’t make sense in a number of disciplines, particularly in sciences, and alternative modeling paradigms will offer benefits to this market (hence his focus on SciDB).  So while relational is a valid data model, other data models are also needed.

I have a similar position to Mike, but perhaps with a few differences.

- I agree that with an extreme requirement, either analytics or transaction processing, a specialist platform is well suited.  But I don’t see the choices of just MPP or memory resident RBDMS as being a broad enough set.  Apps that use a db just as a persistence cache will benefit from a high performing, scalable database platform with much tighter integration with the object model.  I am not sure any of the current NoSQL platforms have it quite right yet, but when these guys eventually get together with the database guys and work on these things together they may get there.

- I don’t think a 50x performance speed up on its own is enough to drive change in OLTP.  I have written before how difficult it is to get into this market and how tight Oracle, Microsoft & IBM have this sewn up.  But I don’t believe it is impossible, I think you just need to bring slam dunks on multiple fronts (performance just being one of them).

Anyway I feel like I am a bit of a broken record at the moment.  I have been addressing the “is the RDBMS doomed” question a couple of times a day for some time. Time to focus on something else for a bit.

The comments to this entry are closed.

See More
Subscribe to this blog's feed
© Tony Bain The following terms apply to all visitors or users of the Web site, tonybain.com. By accessing this Web site, you acknowledge acceptance of these terms. I reserve the right to terminate or revise these terms at any time without prior notice. All data and information provided on this site is for informational purposes only. I makes no representations as to accuracy, completeness, currentness, suitability, or validity of any information on this site and will not be liable for any errors, omissions, or delays in this information or any losses, injuries, or damages whatsoever arising from its display or use. All information is provided on an as-is basis. The views expressed on these pages are mine alone and not those of my employer, customers or associated entities.